And add some Adrenaline to your practice sessions!

Use the ShockPad to actually get "hit" when bad guys shoot at you.

In a 2010 simulation measuring the marksmanship of police officers facing an assailant who occasionally shot back, Dr. Nieuwenhuys found that officers were able to improve their performance in high anxiety circumstances.

The National Center for Biotechnology Information: Effects of anxiety on handgun shooting behavior of police officers: a pilot study.

NOTE: You must have Windows 10 or higher to use this feature. With Windows 10 there is a delay from when the BG shoots in the video and you feel the hit. Windows 11 has a function that iFB uses that will greatly reduce this delay.

NOTE: Your computer must have Bluetooth capability. Most laptops come with this. All you need to do is make sure it is turned on. Desktop computers, however, normally do not have bluetooth. For desktops it is a simple matter of buying what is called a "bluetooth dongle", which is a USB bluetooth transceiver, and sticking it in an empty USB port. They are very small and cost only about $18. Here is the ASUS BT500 on Amazon.

* WARNING: There are some contraindications for when this device should NOT be used.
See below.

The iFightBack ShockPad is a Bluetooth Low Energy (LE) TENS device (Transcutaneous Electrical Nerve Stimulator) that will provide a shock to the wearer when the bad guy shoots at you in any of the Drills, Interactive Videos, or Hogan's Alley Scenarios.

The device is rechargeable with a provided USB cord. The pad has a sticky backing that can be attached to the inside of the strong side forearm. WARNING: Place the pad ONLY on your arm, leg, or stomach (inside forearm is best). DO NOT place over your heart, on your head,

or even on your neck. (See below) You can adjust the electrical shock level in Options screen but the higher levels can deliver a decent shock. An electrical shock to the heart, brain, or pacemaker can, obviously, be very dangerous.


Do not place on your Head, Neck, or Center Mass!

In the iFightBack Options screen there is a control with which you can adjust the electrical shock setting between 5 and 20. The default starts at 12 which is a safe place to start but, if you feel this is too strong, you can reduce it. Increase in small steps and then test again (see below).

There are two modes of shocks that you can choose from. Either Buzz or Knock mode. Knock is the default but Buzz gives the strongest felt shock for any particular power setting. So a power setting of 15 for Buzz will be felt a lot more than the same power for Knock. You can try them both.

There is a Connect/Test button to test the various power settings and/or shock modes. First check-off the box on the Options screen to actually Use the ShockPad. Then stick the ShockPad on your inside forearm and press the center button to turn it on. The test button

will start with the caption Connect. Press the connect button and you will hear a beep or two as the program tries to locate the bluetooth signal and connect with the ShockPad device. Once connected the button's caption will change to Test... Press the test button to feel what the shock feels like with the mode and power setting you have selected. Adjust as desired and re-test. You want to adjust it as high as possible (within reason) so that you are actually a little afraid of getting shocked. Like being afraid of getting shot. That is the whole reason for the ShockPad. To add a level of anxiety and adrenaline to your practice sessions.

NOTE: The test button will not result in a shock each and every time. Also, whenever the bad guy shoots it will not always result in a shock each and every time. With Windows 10 our tests show about a 20% no-shock rate. There are two reasons for this. One is that there is a difference between the standard bluetooth and bluetooth lowenergy (LE). The standard bluetooth constantly maintains a connection. Like the bluetooth connection between your cellphone and your car. A bluetooth LE device will listen for commands and will only establish a connection when requested and then drop the connection after fulfilling the command. This saves on power consumption (hence LE). The problem is that it takes time to make that connection and that is the delay between iFB sending the command for the device to send a shock and the device actually sending the shock. Windows 11 has a connection mode to keep this connection open longer reducing this delay. If you have Windows 11, iFB will set this connection mode right before a scenario starts and turn it back off when the scenario ends to help conserve the battery's power when the ShockPad is not being used. As far as missing shocks, that delay sometimes causes the ShockPad to get the command to stop just as it is getting the first command to start.

The second reason for missed shocks when the bad guy shoots is the nature of the "modes" that are pre-wired into the ShockPads circuit board as it comes from the manufacturer. None of the modes are a constant buzz or knock but have pauses built in. Like Buzz------Buzz------Buzz, etc or Knock------Knock------Knock. And all of the modes will have longer pauses built in every 10 to 20 seconds. iFB will issue a command for the device to send a shock and then it will send a command to stop after a half a second to make it more like a hit than an electrocution. The problem is that iFB cannot tell where in the sequence of Buzz------Buzz or Knock------Knock it is when the command to start is sent so that it is possible sometimes for the full half second to be the pause ------ part of the sequence and not the Buzz or Knock part.

NOTE: If anything goes wrong while shooting a scenario with the ShockPad, like getting stuck in the shock mode, just press the button in the center of the ShockPad to turn off the device. We have not seen this happen but just to let you know you can turn it off at any time by pressing the center button.

Consider these missed shocks as the bad guy missing, as they hopefully will, and just count your blessings.

Care of the detachable pads:

The stickiness of the gel on the back of the ShockPad pads will diminish over time from too much oil and dirt from your skin building up. To have the pads remain sticky for longer, it is recommended that you clean the area you are going to stick the pad (inside strongside forearm) with alcohol before applying the pad.

To help revitalize a pad that has started loosing it stickiness, detach the pad from the round plastic Shock controller, and run some tap water over the black backside of the pad as you gently rub your finger over the black gel. Then put aside to allow to dry in a cool dry location.

* WARNING: There are some contraindications for when this device should NOT be used. 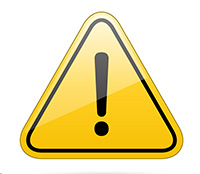 Do not use the iFightBack ShockPad or any TENS device if you:

Have an implantable device such as pacemaker.
Are pregnant
Have cancer. It is advised not to apply TENS directly over areas of active malignancy.
Have epilepsy.
Have deep vein thrombosis or thrombophlebitis
Have heart disease
ShockPad should not be applied over the back, sides, or front of the neck .
ShockPad should not be applied over irritated, infected. bleeding, or broken skin.

If you have any questions or doubts whatsoever, consult with your doctor.